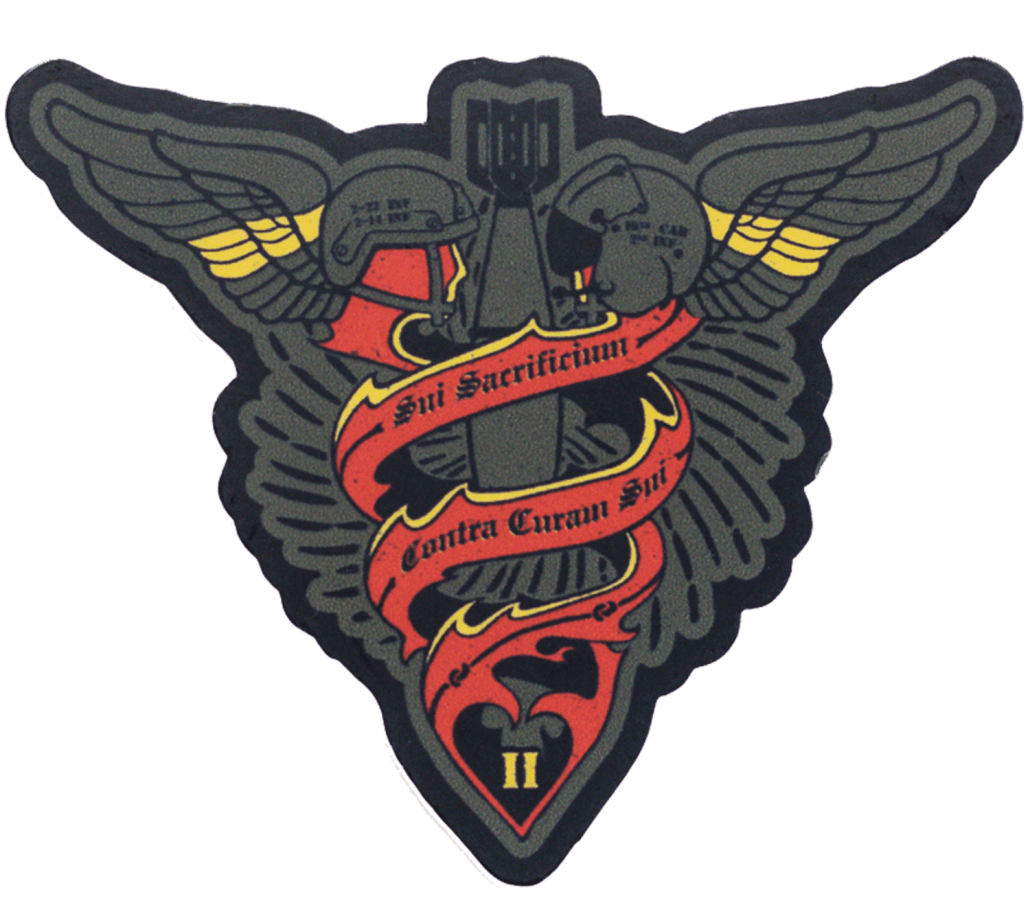 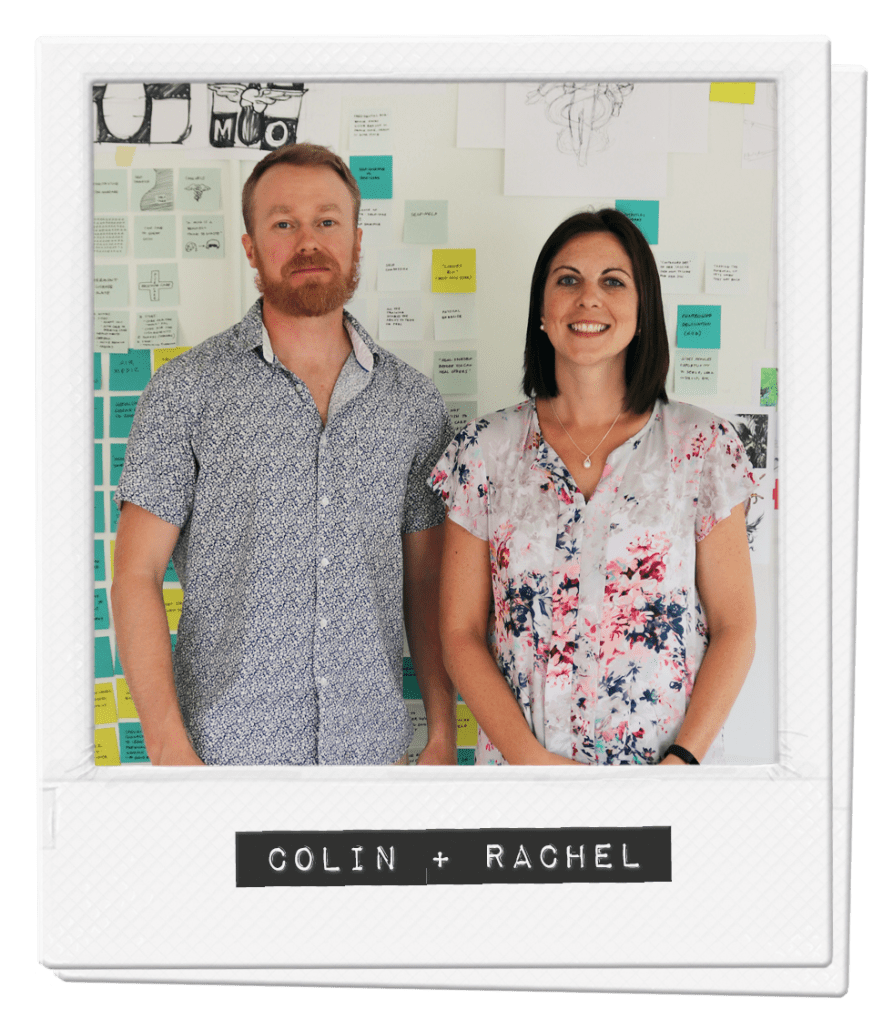 Serving as both a ground medic in Iraq and as a flight medic aboard a helicopter in South Korea, U.S. Army Veteran Rachel Putney learned the balance of taking care of others while also taking care of herself. Representative of her time serving at the Logistics Base Seitz, labeled “Mortaritaville” due to the 700 mortars landing on the base from 2004-2005, the unexploded mortar centering the design also serves as a representation of Rachel’s “controlled detonation” in which she, as a trained medic, recognized signs of depression, PTSD, and anxiety in herself and took steps of self-care through seeking help and the acceptance of being honorably discharged. Rachel balances her dedication to the military, her experience serving as a medic, and her current position counseling Norwich University’s Corps of Cadets with her ongoing path of healing and self-care.

In the design, balance is represented by the mortar being stabilized between two helmets: a traditional soldier’s helmet (left) and an aviation helmet (right). The two helmets also represent the dichotomies in Rachel’s life: soldier and civilian, ground medic and flight medic, care for others and self-care, teacher and student, among others. Aviation wings Rachel received when she completed flight medic training carry the design just as a helicopter carries its crew members and passengers. Representing the Black Hawk medical helicopters in South Korea, yellow stripes adorn the wings. Ultimately, the design elements merge together to form the shape of a caduceus, the medical symbol of the Army since 1902. Swirling together to further control the potential detonation of the mortar, the fire carries the latin translation of self- sacrifice and self-preservation, an additional reminder of the internal conflict many soldiers and Veterans face on a daily basis. 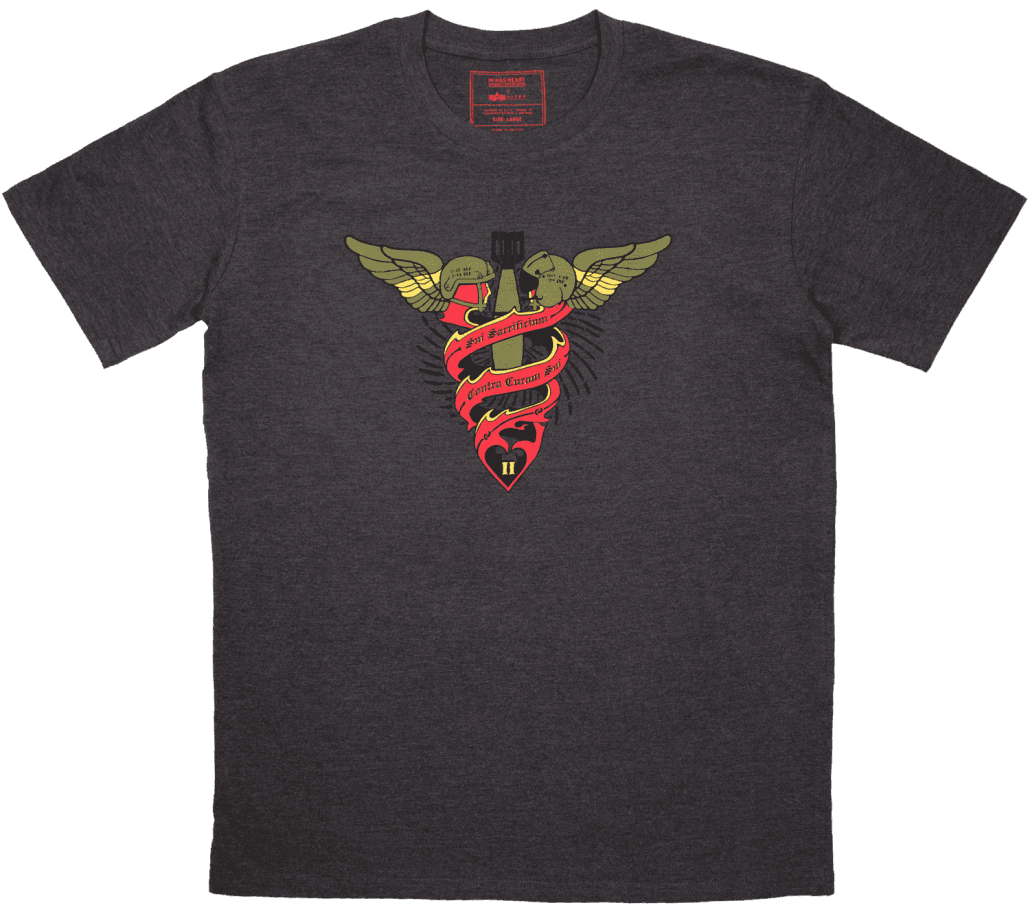 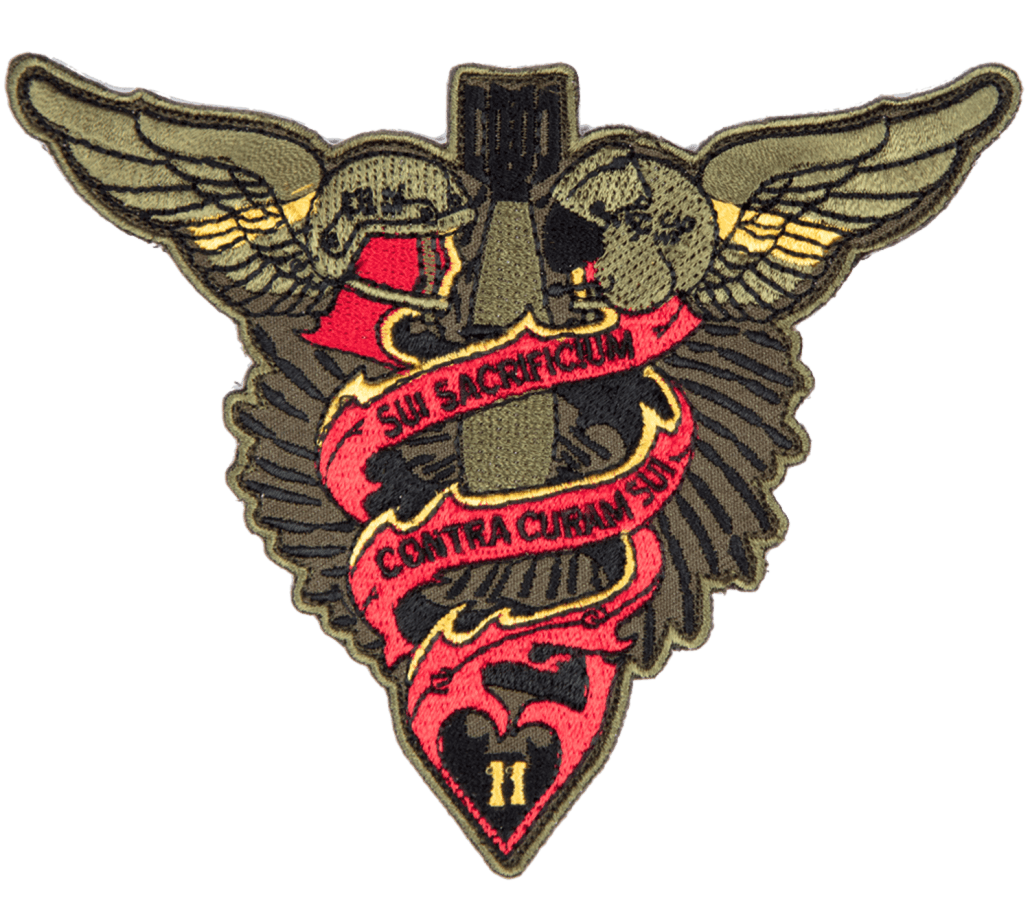