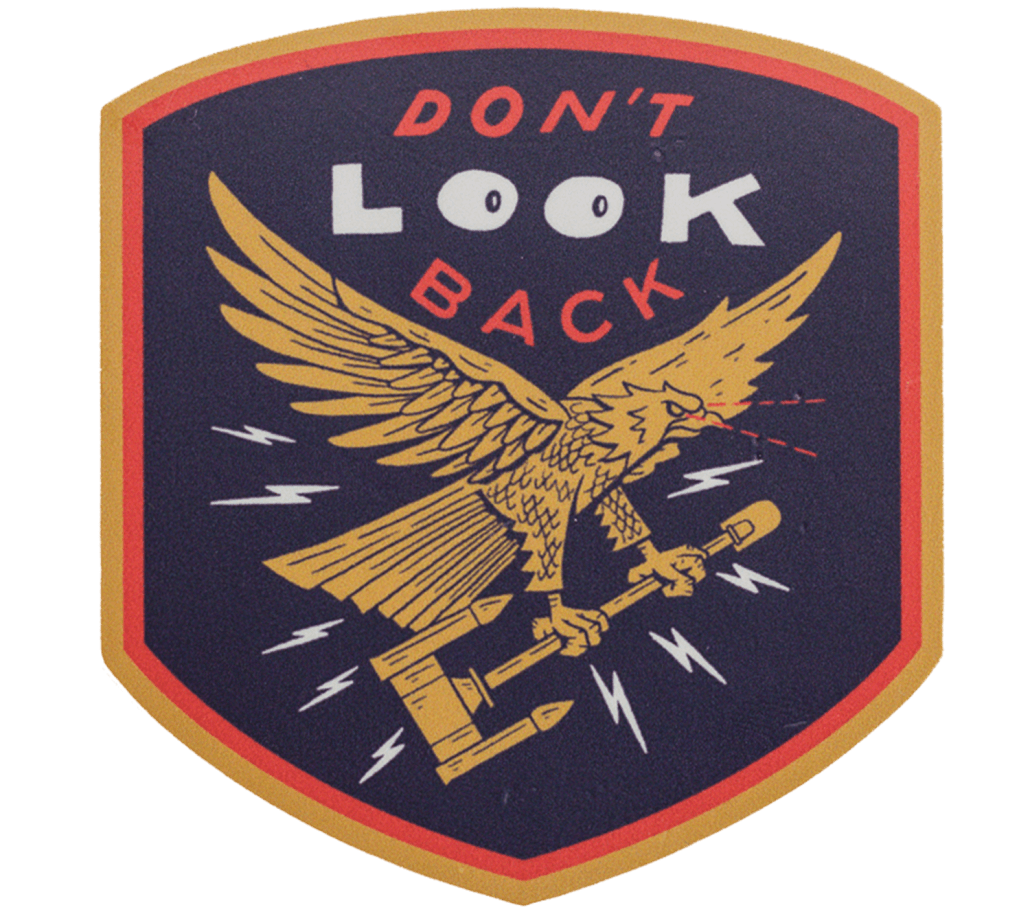 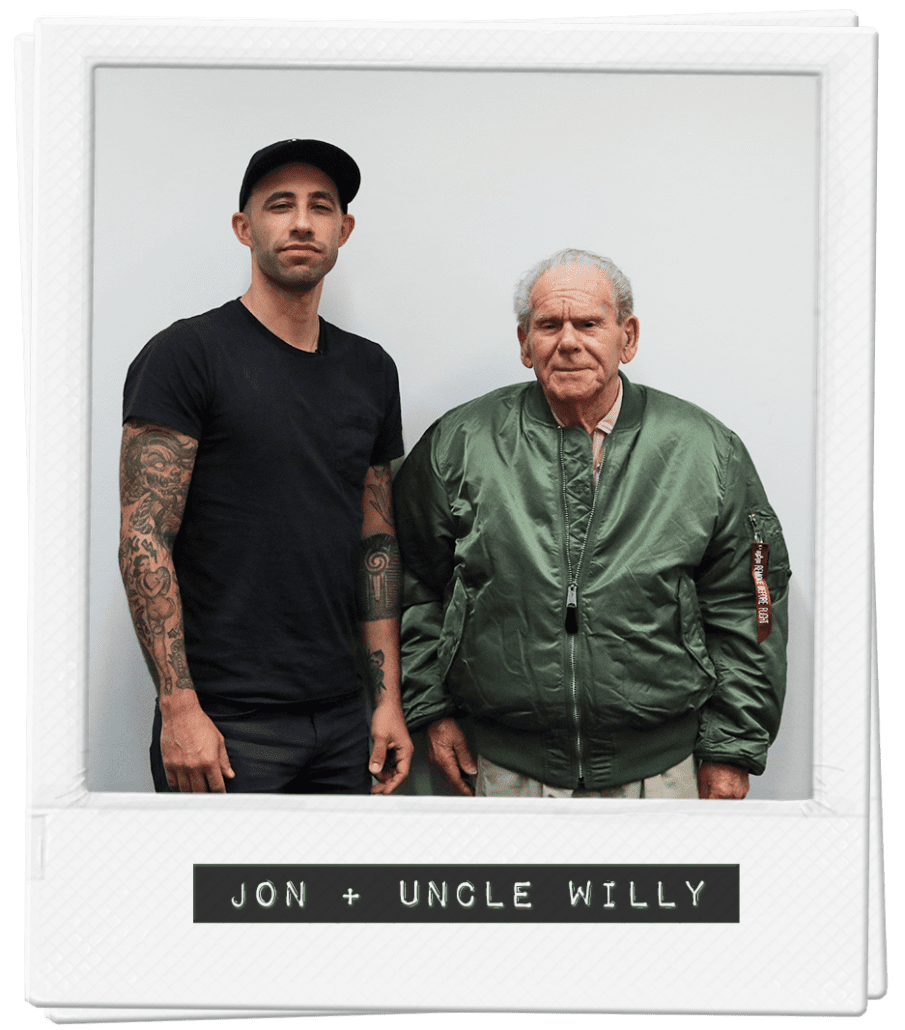 U.S. Army Veteran and Brooklyn native William Busciolano— AKA “Uncle Willy”— and his great-nephew and designer Jon Contino, collaborated to create the design “Don’t Look Back,” an illustrative expression of Uncle Willy’s spontaneous and willing attitude he adopted after serving in the Army during WWII. A crane operator during the Normandy Landings (also referred to as D-Day), Uncle Willy partook in the largest seaborne invasion in history that began the liberation of northwestern Europe from Nazi Germany’s control. Although his reason for being in Europe was because of the worst war in human history, Uncle Willy refused to look back and have that stop him as he enjoyed a whirlwind of experiences traveling throughout Europe meeting people in Scotland, England, Wales, Paris, and Normandy.

Reflecting on his advice that can be passed down to younger Veterans, “Don’t Look Back” depicts an eagle intensely focused on moving forward. Hand-illustrated by his great nephew and designer Jon Contino, inspiration was pulled from the variety of Uncle Willy’s WWII-era U.S. Army patches and insignia of that time. Although a vintage aesthetic, the message to live life to its fullest, try everything, to not look back and “fuhgetaboutit,” remains timeless. 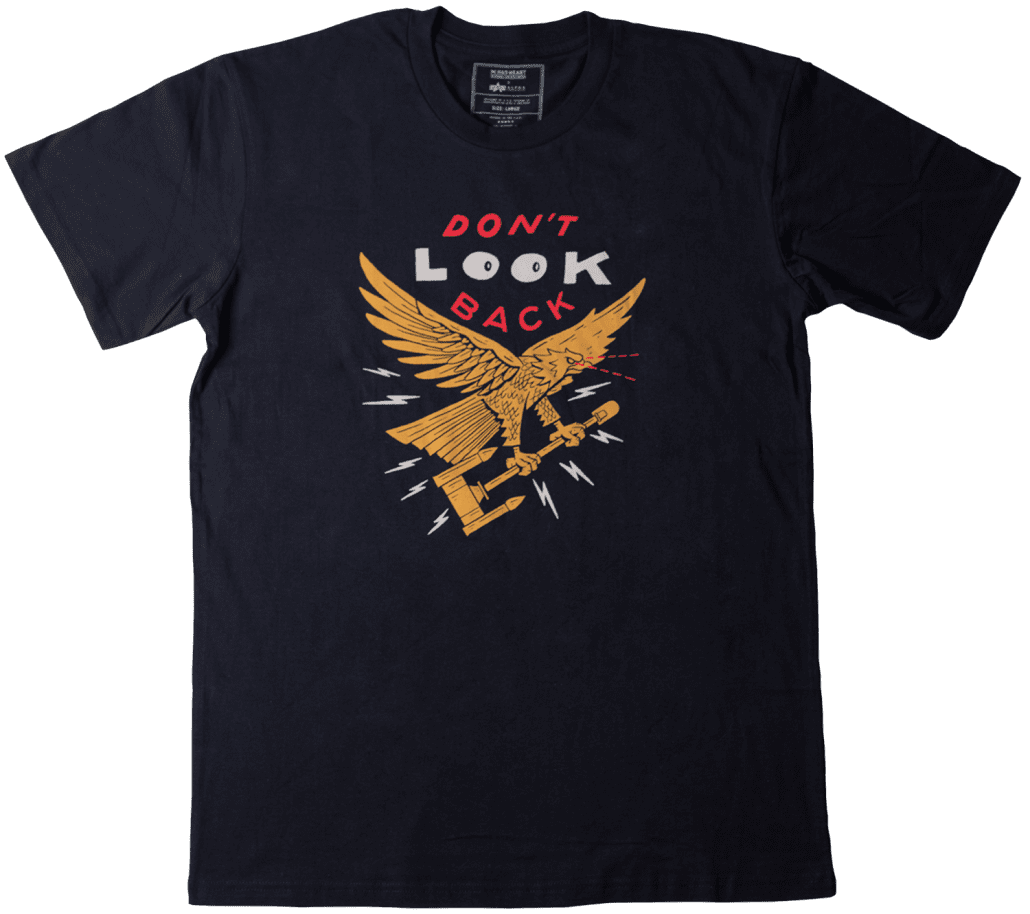 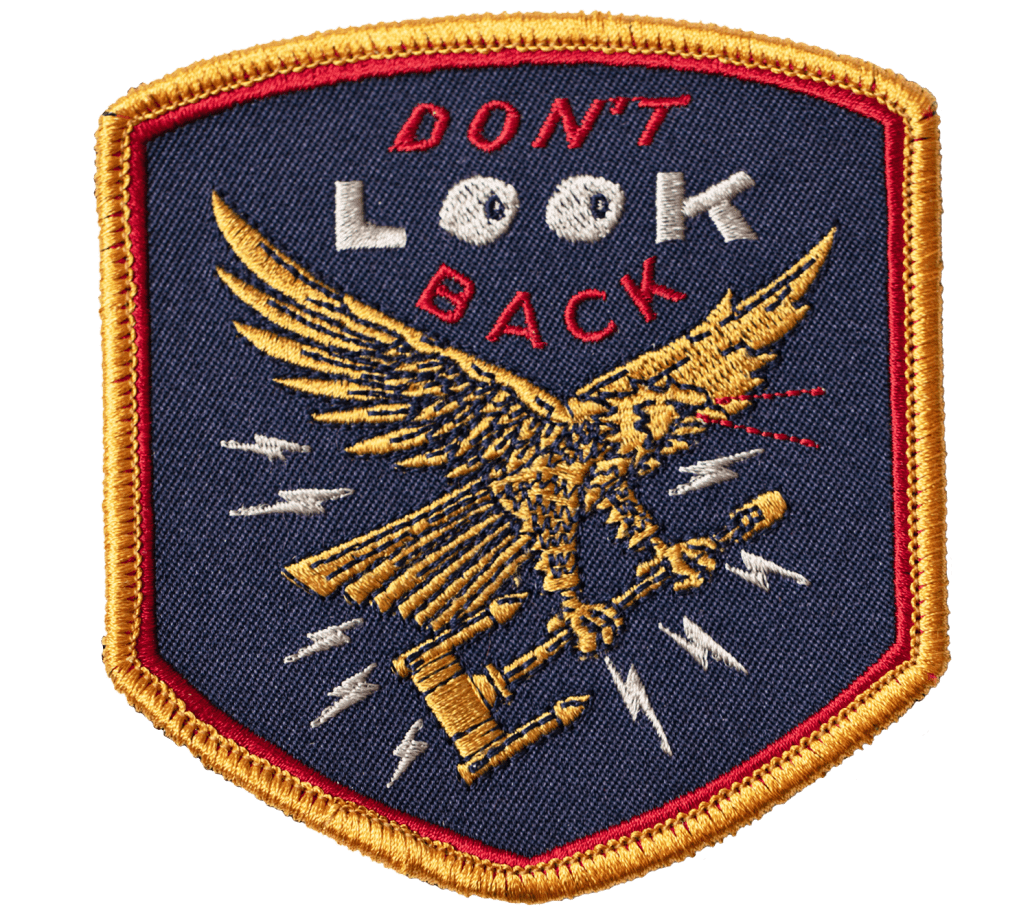