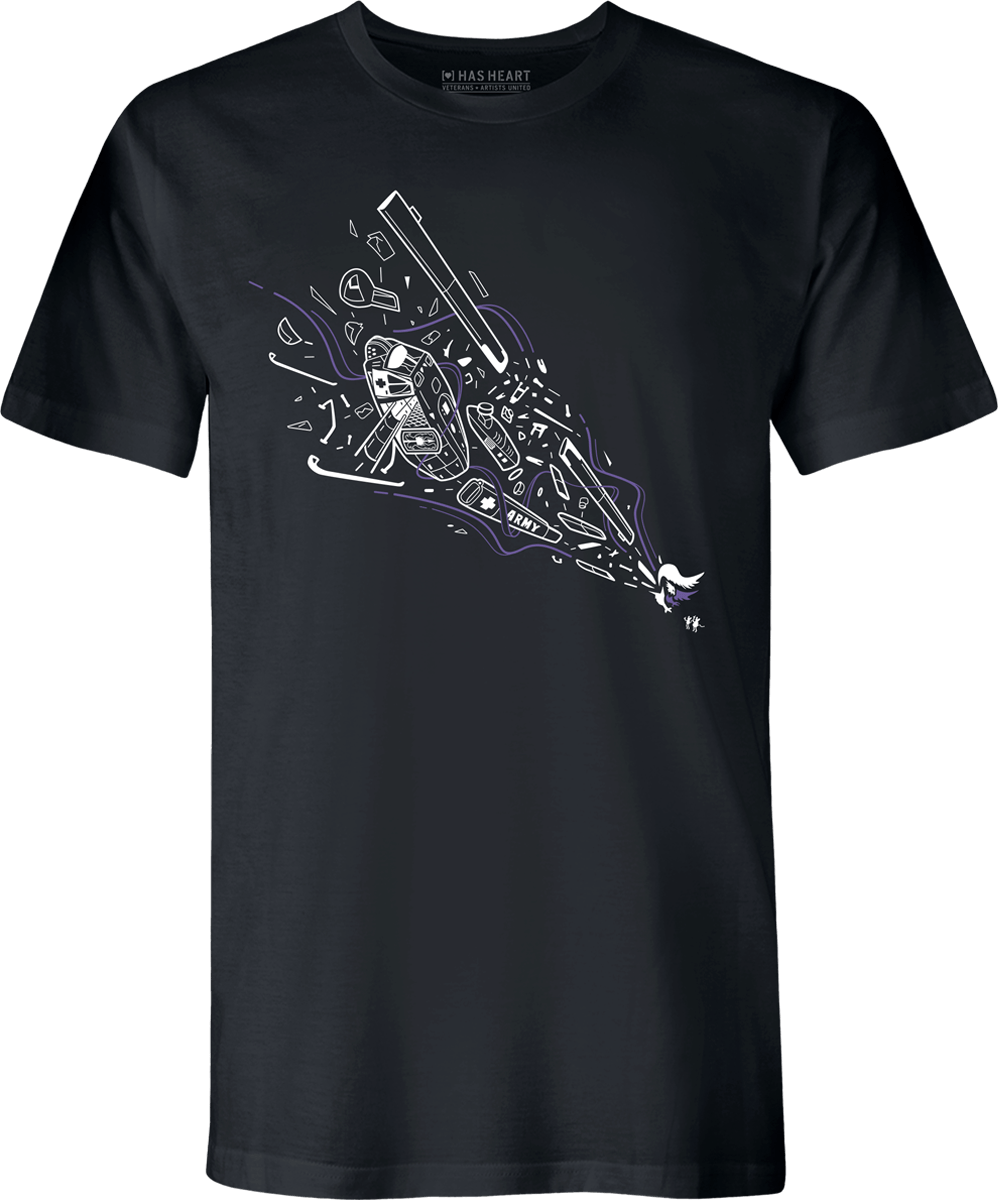 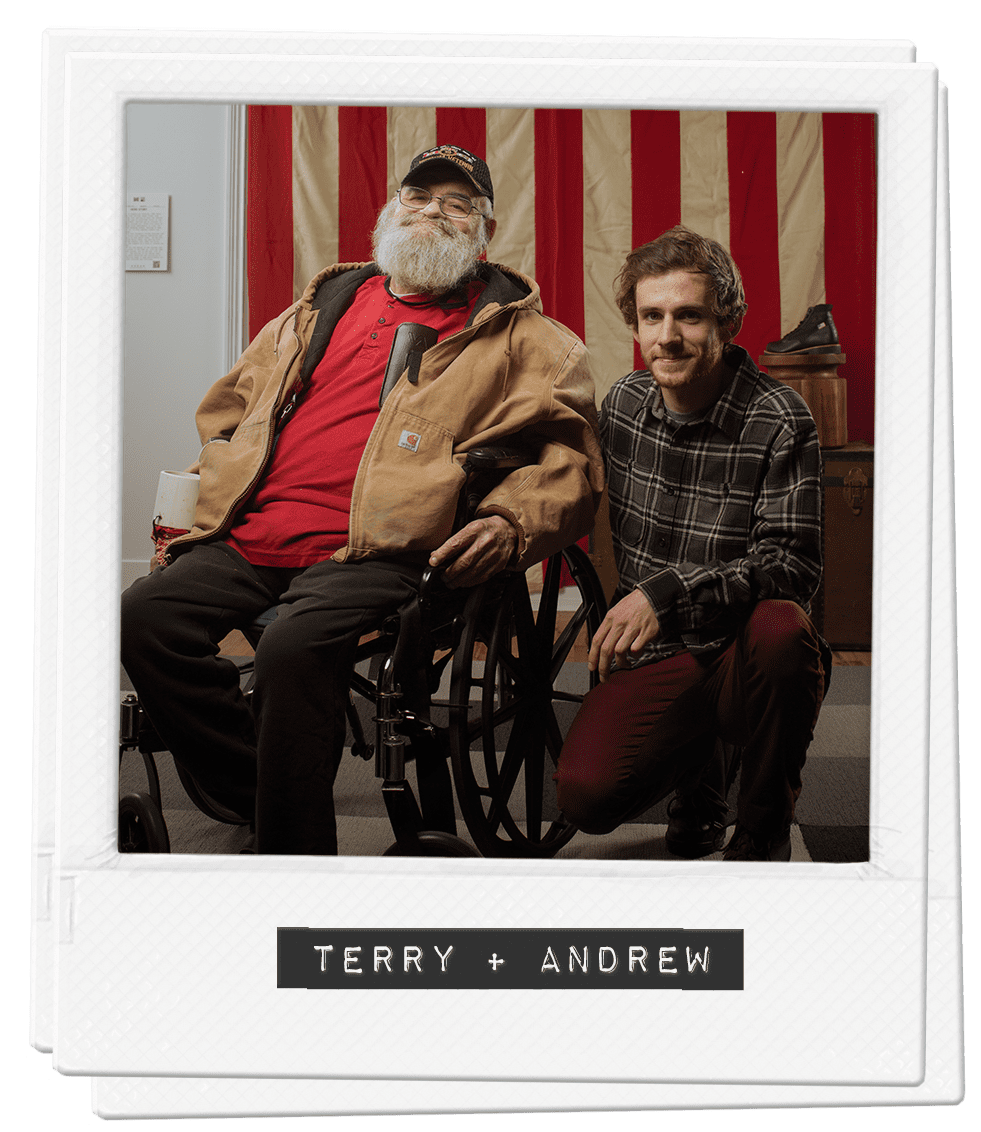 Terry spent the majority of his time in Vietnam either hanging out of a Huey helicopter as a door gunner or in the jungle fields fixing broken down vehicles, salvaging pieces that his unit could re-use, and incinerating the scraps. He found his rhythm amidst the horrors of war by being a small piece in something bigger than himself.

The design demonstrates the overwhelming commotion of his faithful service. As the pieces of the exploded-view of the helicopter are further examined, its contents combine to commemorate Terry’s life of service with a special finger waving to the war-hawk as his final act of defiance. Giving Terry the last laugh before he goes out, the small mice are a reminder to live life as an individual and to not take yourself too seriously.