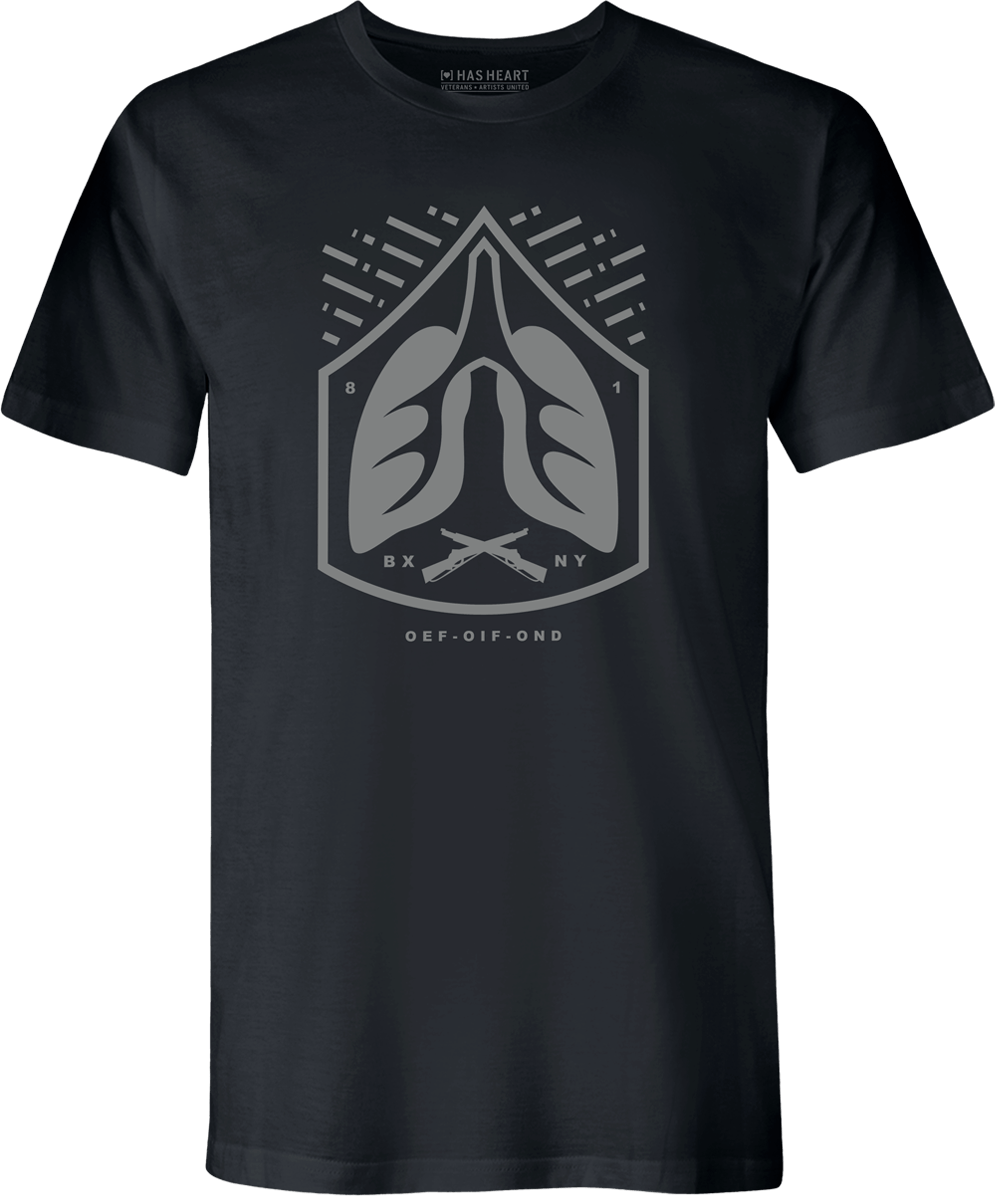 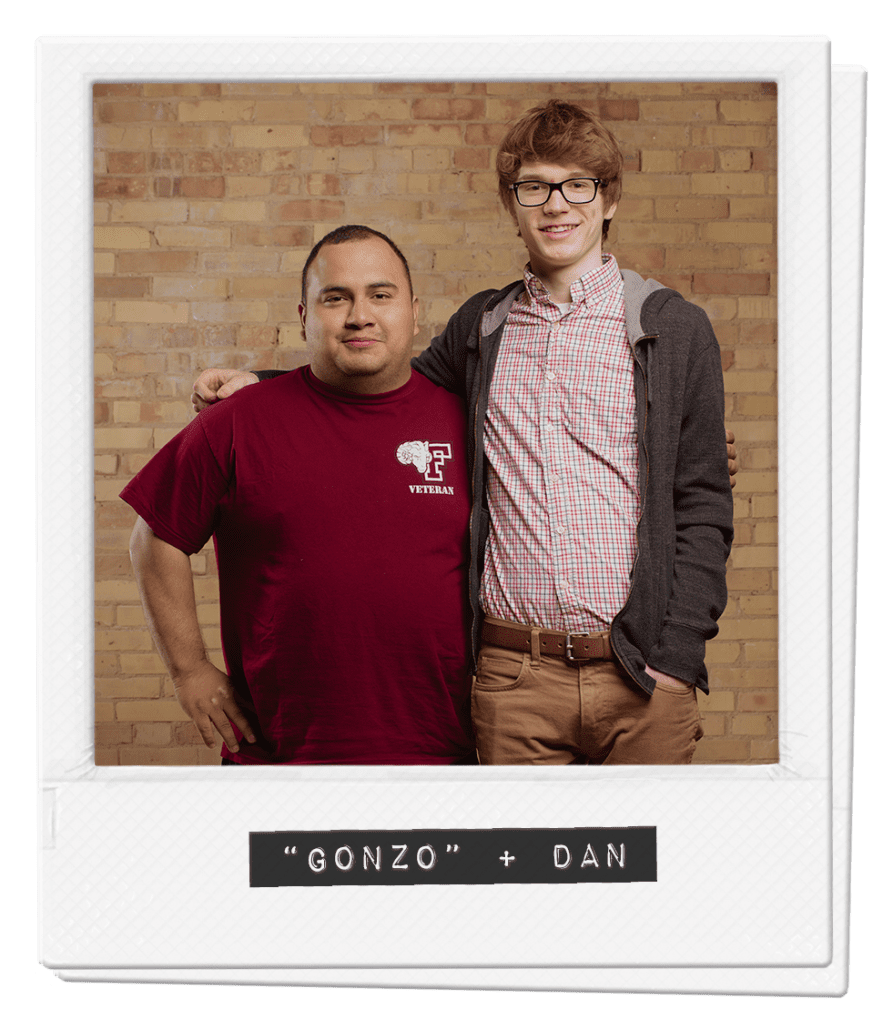 Gonzo’s design symbolizes the “invisible” wounds to his lungs he sustained while deployed and living near burn pits, something he and countless other Veterans suffer from. After eight years of service, he returned home to New York City. There, his other invisible wounds began to surface. After spending month after month of battling homelessness and struggling to reintegrate into a civilian lifestyle, he discovered that many other Veterans shared his same struggle. This discovery motivated him to start his own organization, Devil Dog USA, to aid his fellow Veterans heal and live.

His design is a subtle homage to his city and represents a living memorial to his brothers and sisters in overcoming both the visible and invisible wounds from life.