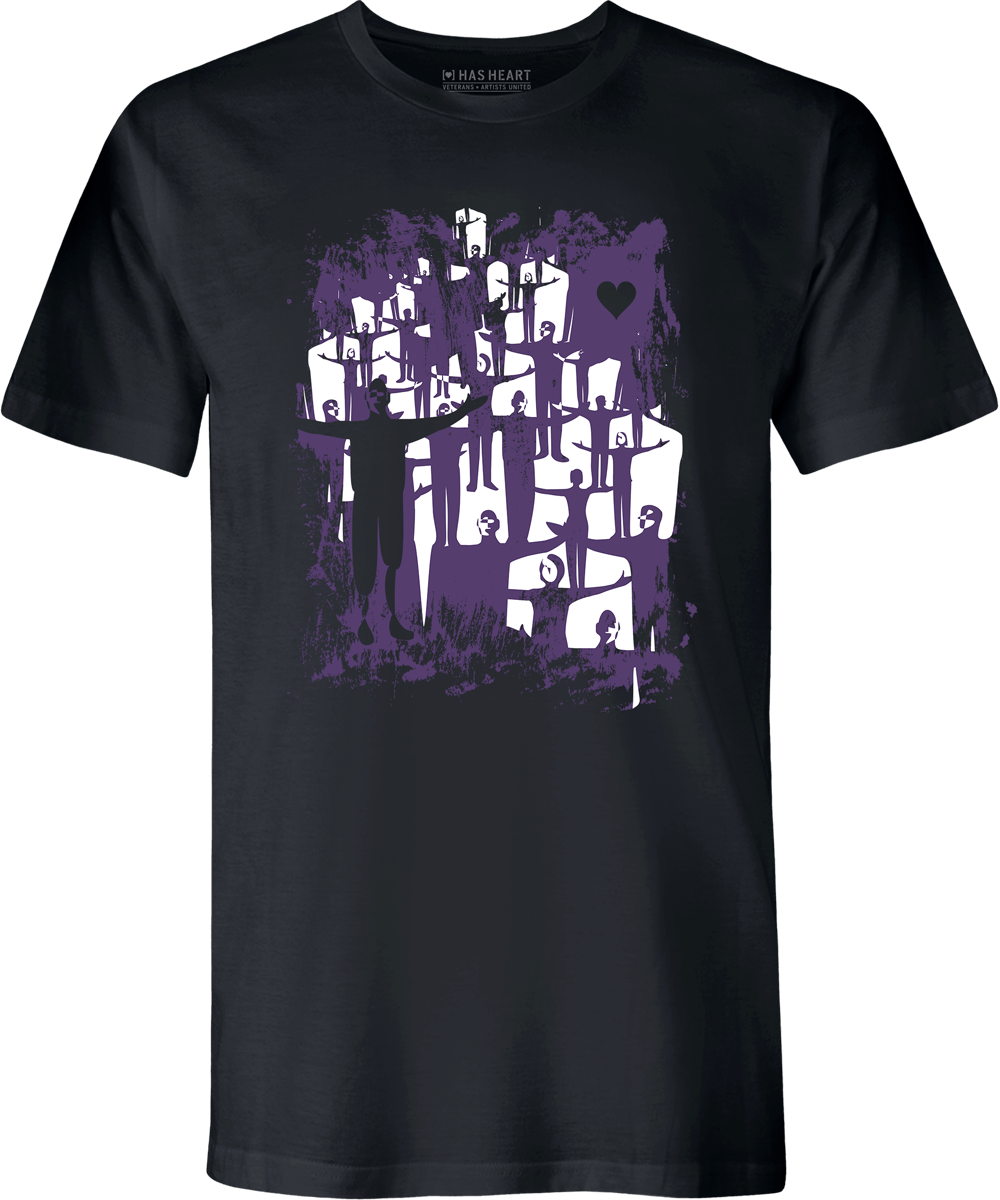 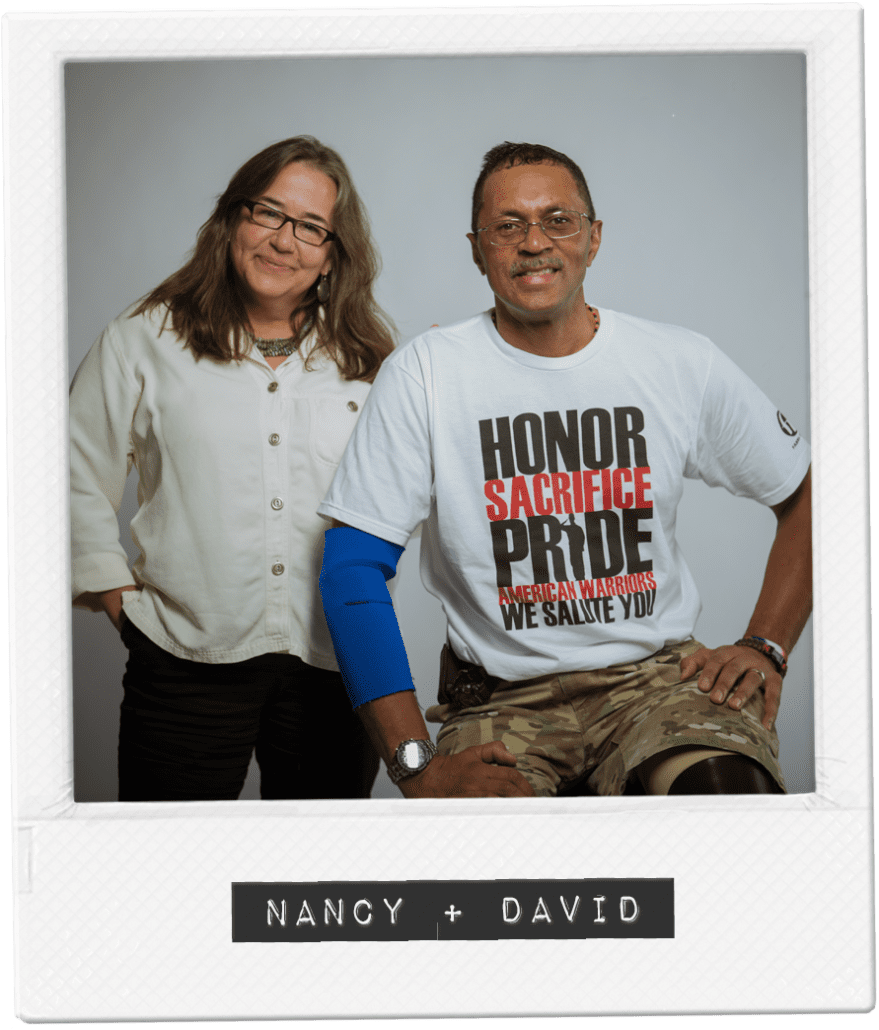 Despite nearly losing his life from an enemy attack in 2011, retired U.S. Navy Veteran David Nicholson saved hundreds of lives in a moment of crisis.

David’s design was inspired by the concept that by saving one life, you save an entire line of lives. All of those people are defined by the spaces between them and are connected in an organic structure, living “on the shoulders of the shoulders of others.”

A bilateral amputee as a result of that attack, David initially just wanted to walk again. But now, he wants to do a whole lot more than just walk. Their design is a reminder to support those around you while they in turn will also support you.

THRU HER LENS – SHIRT NO PLACE LIKE HOME – SHIRT