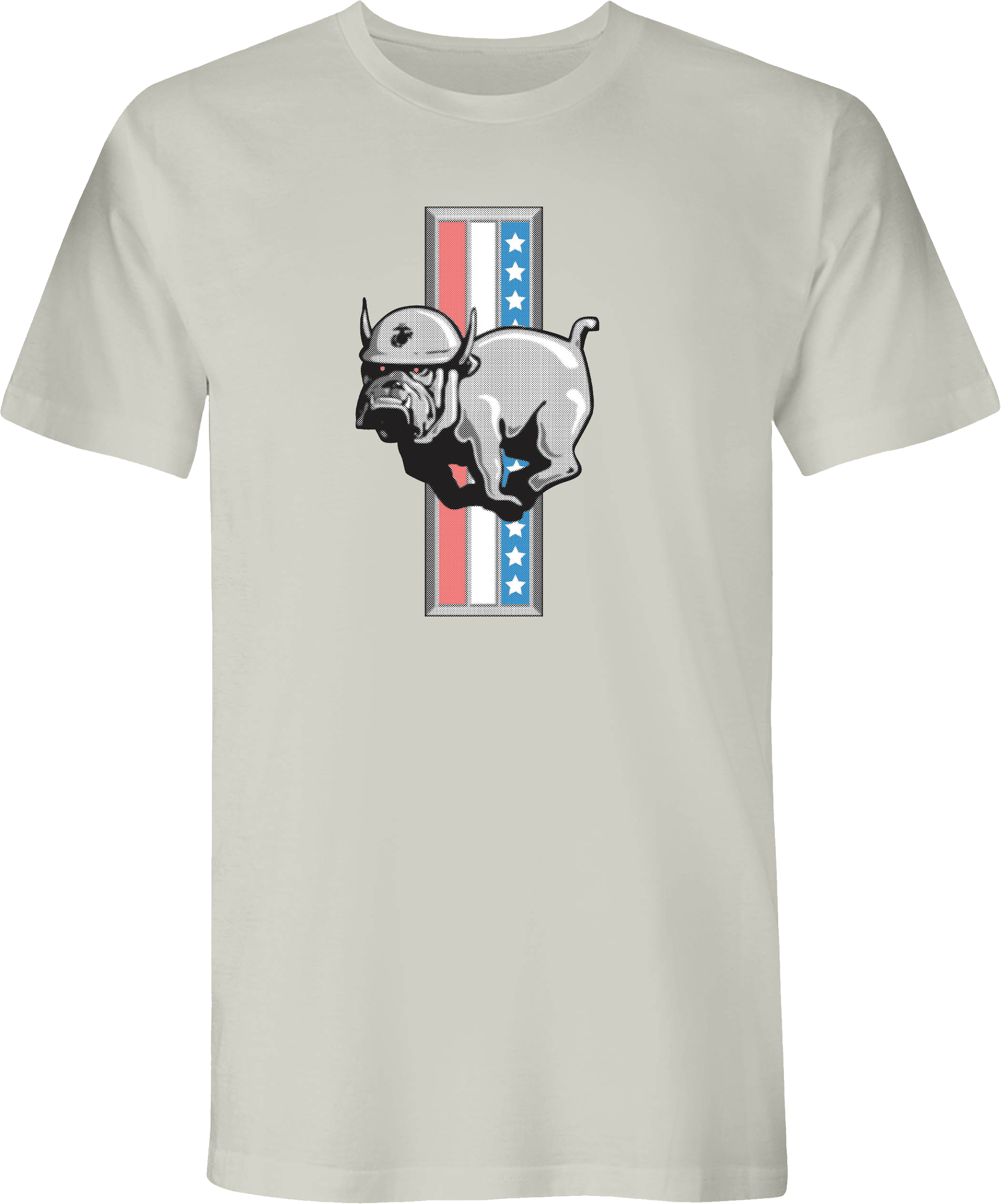 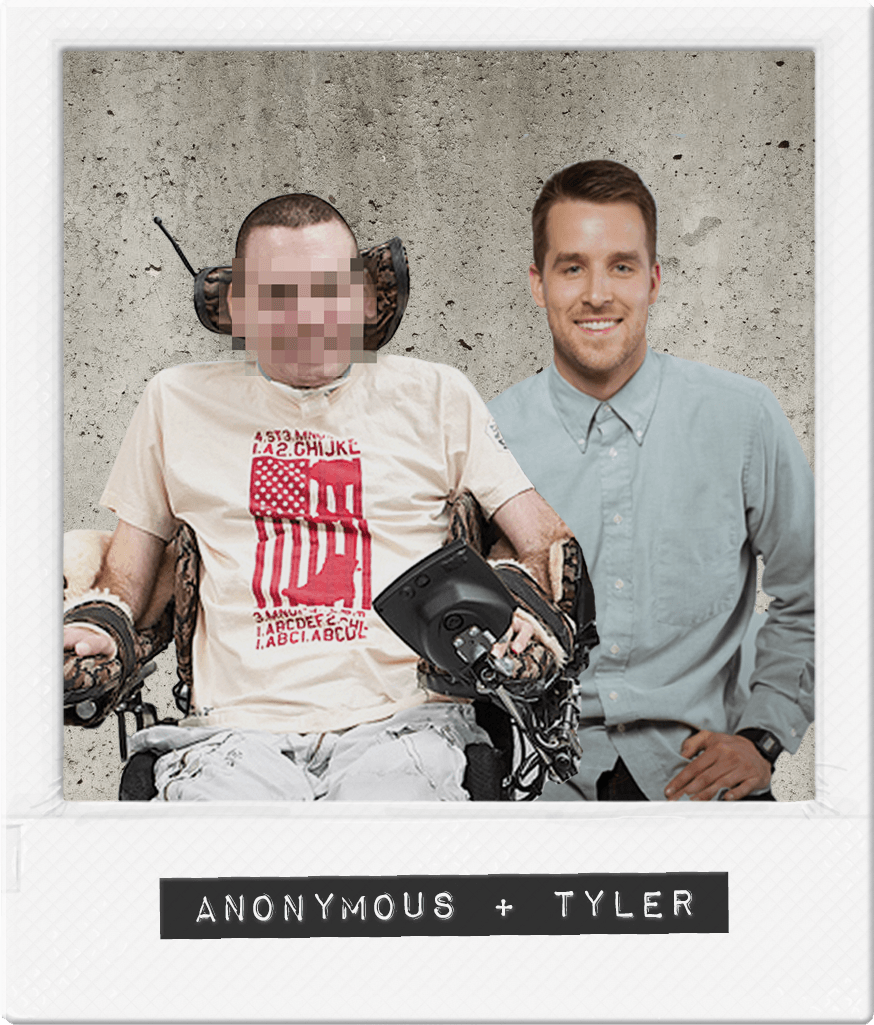 In pursuit of an insurgent armed with a R.P.G. in the streets of Fallujah, Iraq, a group of Marines cornered him. One shot rang out, forcing the Marines to take cover. Immediately they all got up and captured the insurgent, all except for one. A sniper’s bullet hit a Marine from behind, paralyzing him from the neck-down and also damaging his vocal cords, leaving him unable to speak.

Inspired by the Ford Mustang he once drove, this mid­run Bulldog from a vintage WWII Marines poster was combined with the American muscle car logo to represent his relentless spirit, courage, strength and loyalty. This design is a constant reminder to remain relentless and tenacious in all we do, just as this Marine continues his battle to regain movements and his voice.

LIFE IS DOORS – SHIRT THRU THE FIRE – SHIRT