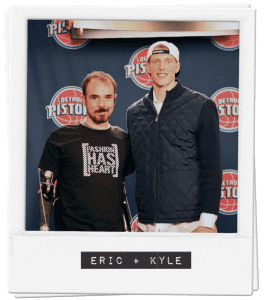 In 2013, [HAS HEART] was featured as a Game Changer by the Detroit Pistons. We were also chosen as the designated nonprofit organization to receive free tickets to the game by Kyle Singler.

Knowing that Kyle studied graphic design while at Duke, after the game, [HAS HEART] asked Kyle if he would be interested in working with a Veteran. He immediately said, “Yes, I would love to do that!”

Partnering with the Detroit Pistons to coordinate the logistics, the [HAS HEART] team was able to drive across state to Auburn Hills with a special Ludington-area Veteran, Eric Lund.

Joined by Pistons in-house graphic designer, Nick Zalewski, along with a small team of videographers, Kyle and Eric started sharing stories and brainstorming concepts, many of them centering around Eric’s relentless spirit to overcome his injuries by learning how to surf without arms.

With Eric’s aunt and fellow National Guardsman, Eric Ensley, by his side, the room was filled with hilarious stories from the past, heartbreaking accounts of that enemy attack, and uplifting moments of blessings received from his family during his recovery.

By the end of an action-packed, emotional day, the team packed up their cars and caravanned back to Grand Rapids until it was time to unveil the final design at a Pistons game later in the season.

V.XX.MMXII, May 20th, 2012, then 29 year-old Michigan National Guard soldier, Eric, and his team were hit by a roadside bomb.

Flipping his vehicle over and pinning him underneath, Lund suffered numerous severe injuries that included the loss of both arms. He battled intensely in order to survive, and since then, he’s done much more than just that…

The blue wave-like motion within his design represents defying the odds in learning how to surf, while the red stands for the stripes on the U.S. flag. The fluidity of the design signifies the journey Lund faces on a daily basis, while the olive branches signify the victory he works toward and the reward of peace it brings him. The dot within the “V” is the “faith of a mustard seed” he and his family clung onto in the darkest hours. Each star symbolizes an arm lost while the “A” above is a reminder that May 20th was really his “alive day” in his new life where nothing goes unappreciated. 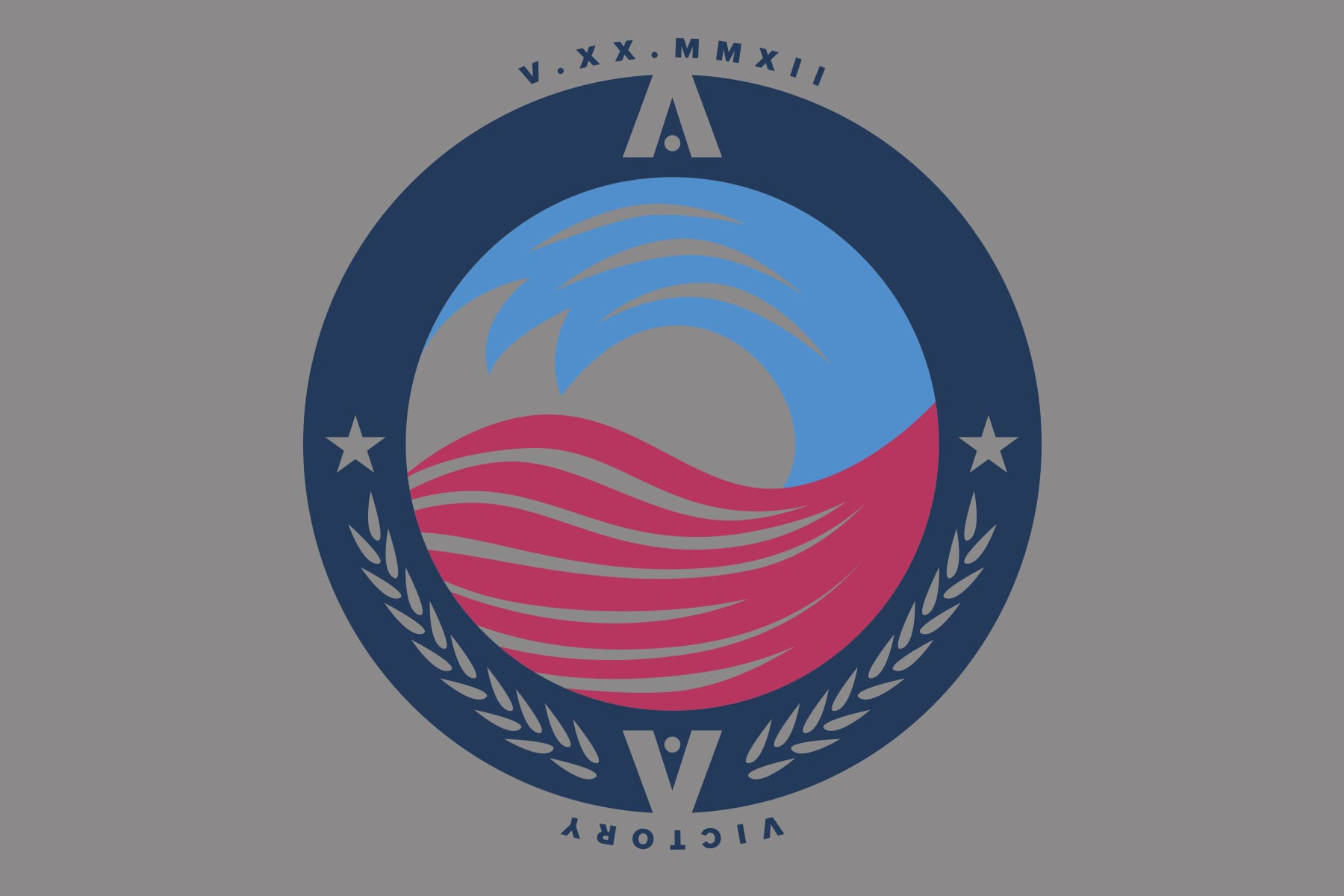 Eric’s design was unveiled at a Pistons home game. He was taken back into the team locker room before they game where everyone posed of pictures and a group selfie.

Then, Eric was interviewed during the pre-game telecast before getting to watch the game courtside. During a break in the action, Eric’s design and video story were played on the jumbo screen, with a standing ovation soon to follow.

His shirt quickly sold out, and reorders continue to come in. Proceeds generated from the shirt sales helped Eric finish building his “Smart Home,” custom-designed to enabled him independent living at home. 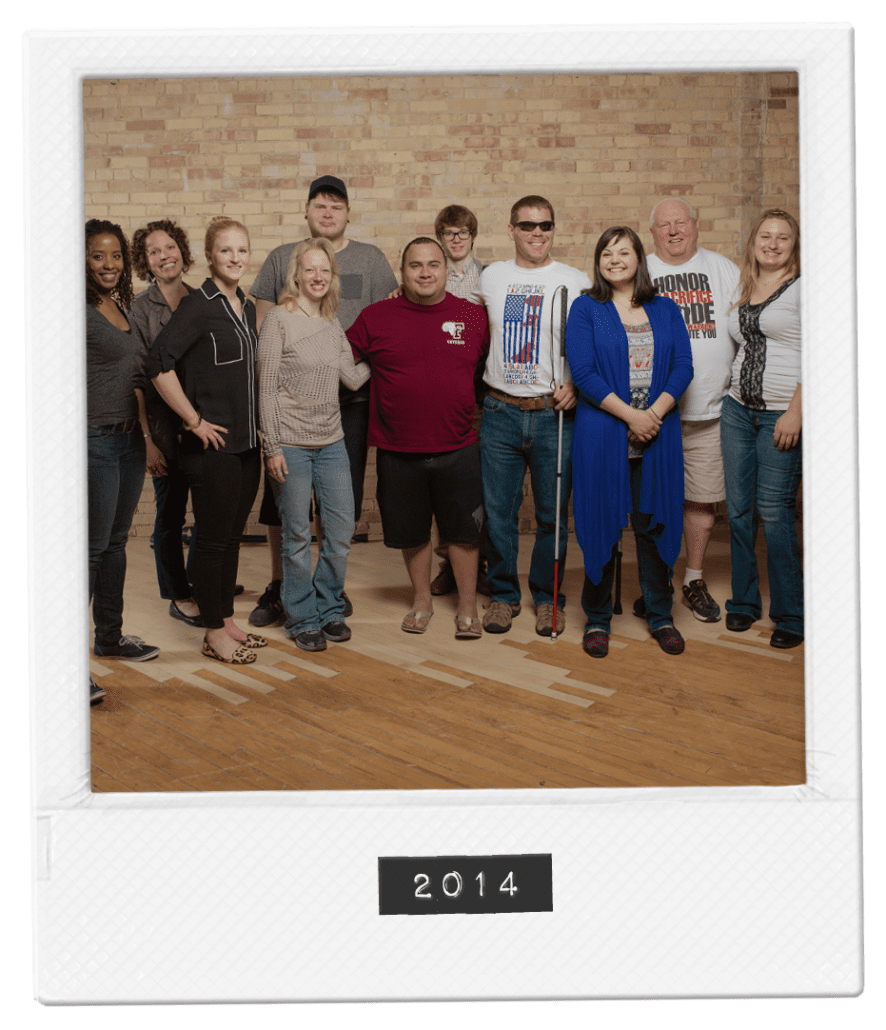 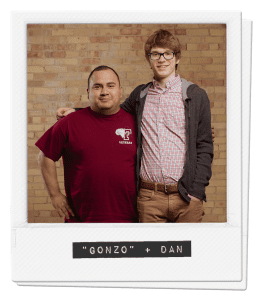 USMC Veteran, Gonzalo Duran’s shirt represents the invisible wounds he and countless other Veterans suffer from, including significant damage to his lungs while deployed and living near burn pits.

Once he returned home to NYC following 8 years of dedicated service, his other invisible wounds began to surface. After spending months and months being homeless and unable to re-integrate into society, he discovered that many other Veterans shared this same struggle. This discovery led him to start his own organization, Devil Dog USA, Inc. to aid fellow Veterans.

His design is a subtle homage to his city and represents a memorial to his brothers and sisters in overcoming both the visible and invisible injuries from life. 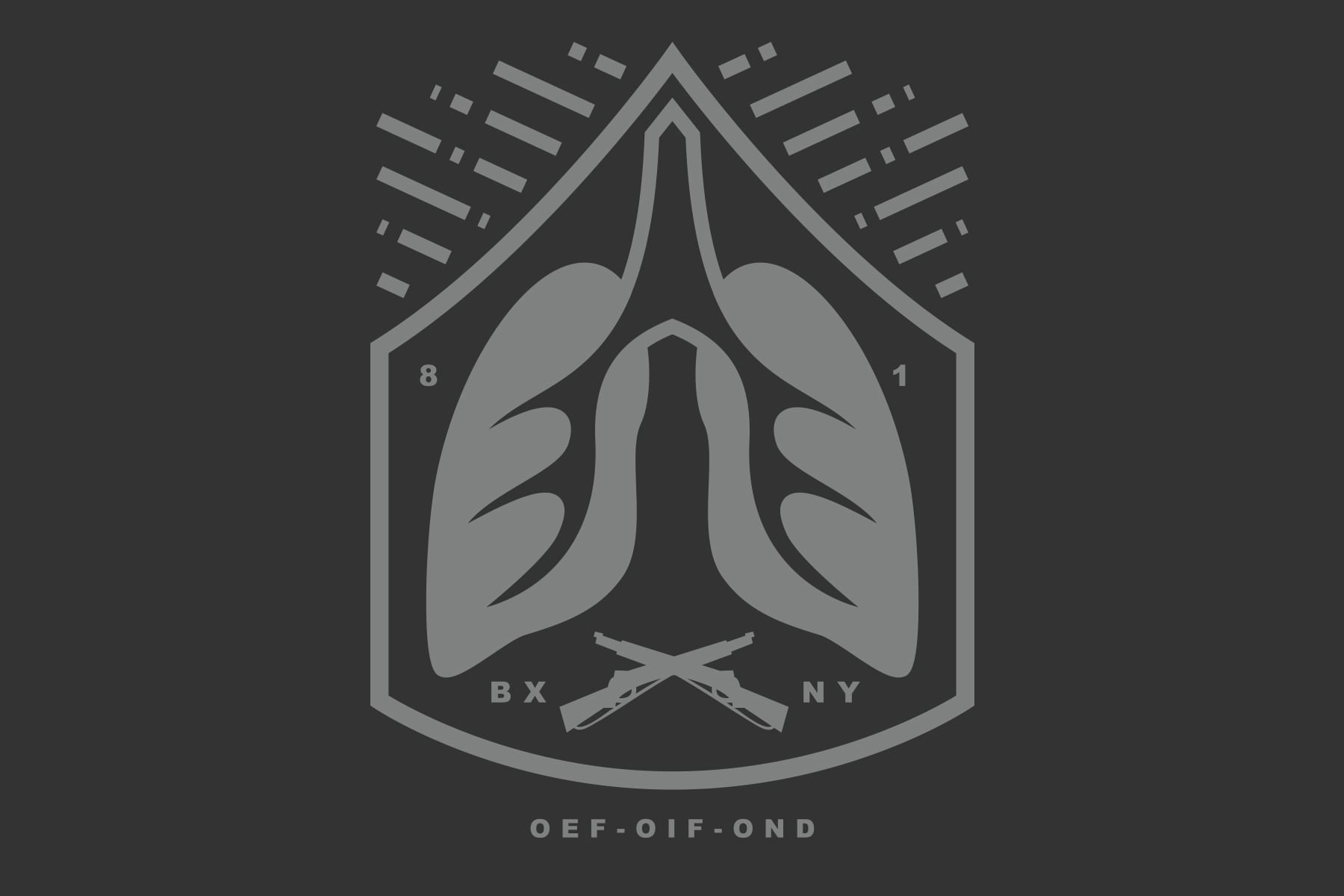 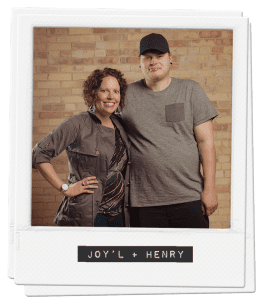 Wounded U.S. Marine Henry Bartrum began sketching as a kid and hasn’t stopped since since.

His design is a summary of his countless sketches during his three deployments, each element telling a key part of his journey.

For instance, the stairs stand for his different deployments and their duration, the spiral symbolizes the inner turmoil he suffers due to severe PTSD, the falling tower represents the RPG that he was hit by while on watch, and the football represents the group of fellow servicemen who were killed by an unsuspecting attack while scrimmaging on base.

Yet above all of those negative experiences, the balloon represents his hope for a brighter future. 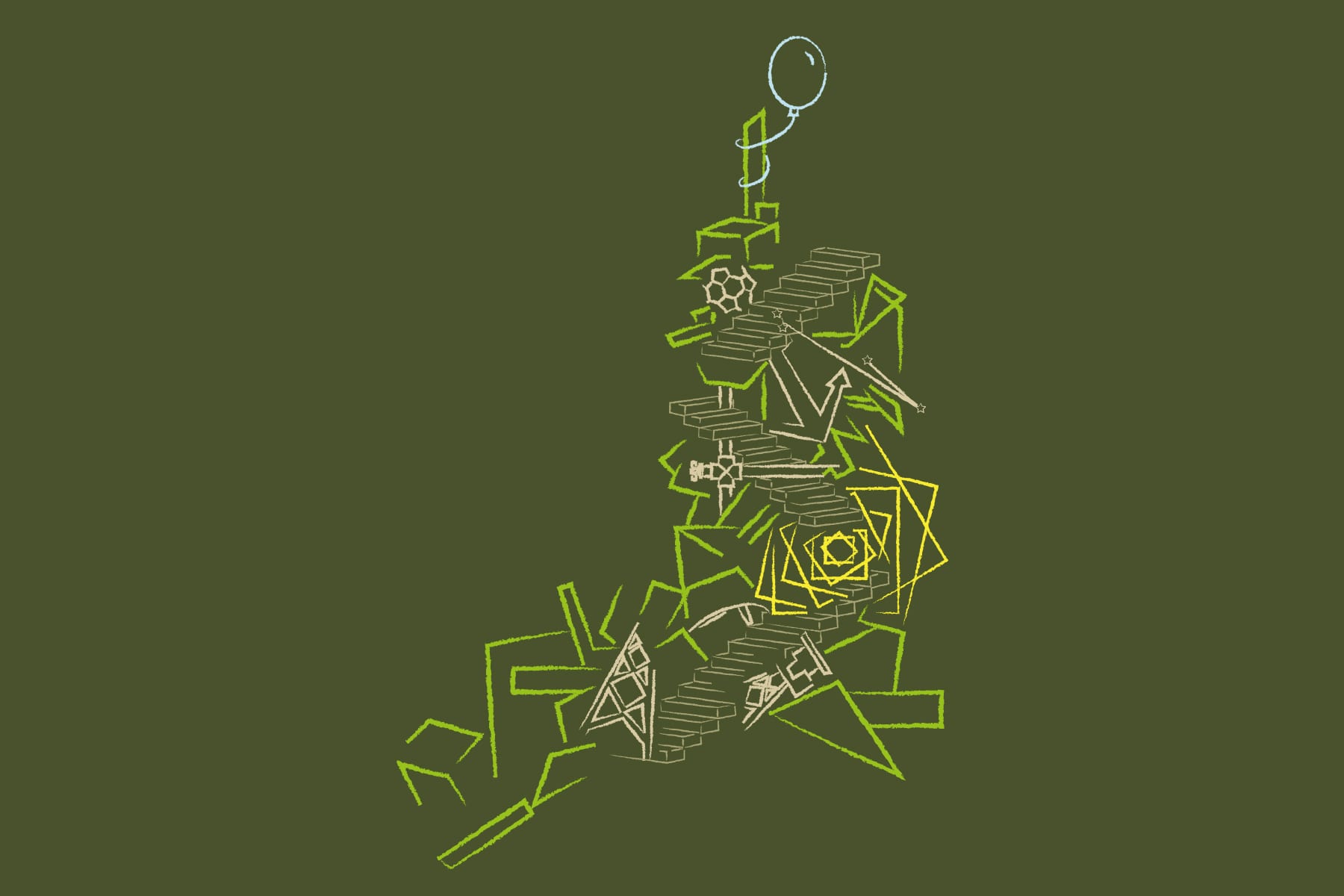 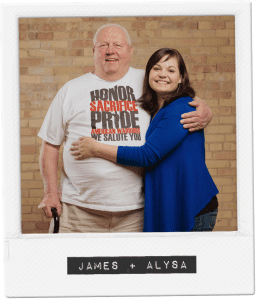 Korean War and U.S. Army Veteran James Monroe is a man of history.

His design represents the “Forgotten War” and commemorates those who have sacrificed with little recognition for it.

Monroe’s midcentury-inspired portrait represents his faded memories of the Korean conflict, painted with contemporary nuances of the emerging modernism of the time.

The unification of South Korea, the United States, and efforts of the United Nations are shown in harmony to demonstrate the need of collaboration in order to achieve a goal greater than oneself. 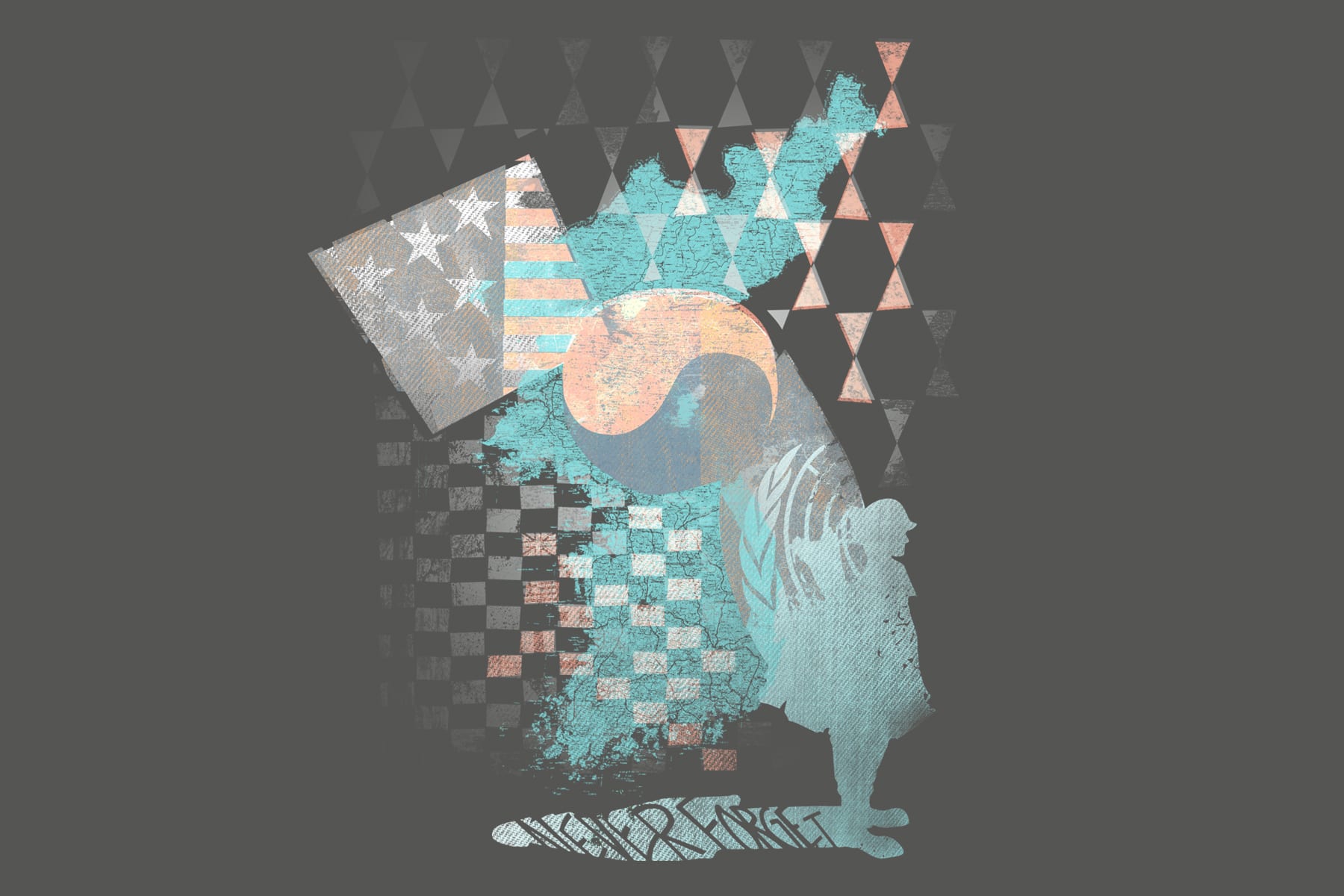 LIFE IS ABOUT PERSPECTIVE 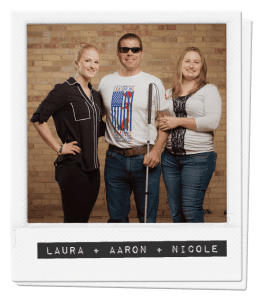 Even after being injured by an IED explosion that left him severely injured and blind, U.S. Army and U.S. Navy Veteran, Aaron Hale’s interests have only expanded.

Determined not to let his injury define him, Aaron has gone on to climb mountains and inspire people around the country with his story.

He credits the loss of his vision to enabling him to gain a new perspective in life. This new perspective is based upon utilizing the tools and abilities you are blessed with to live a happy, productive, and abundant life — no matter your circumstances. 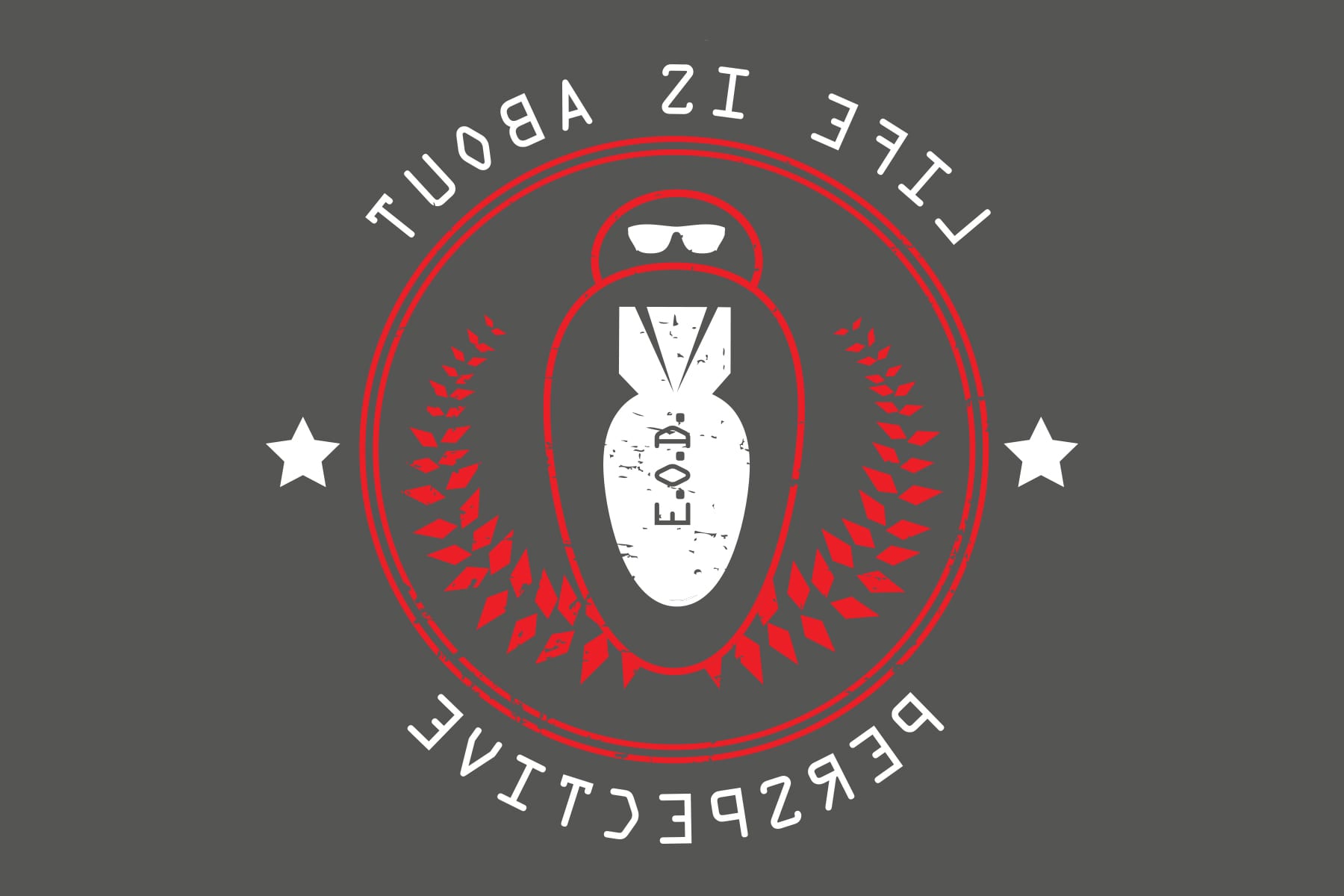 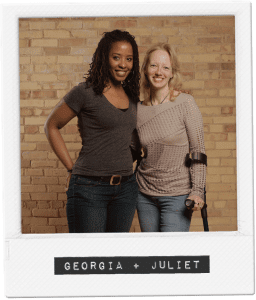 U.S. Army Veteran Juliet Madsen has flown an airplane, driven a tank, thrown grenades and fired every kind of weapon.

Madsen was a paramedic firefighter, forensic research assistant, has two college degrees, won multiple triathlons, and is a mother of three.

She has hand-crafted quilts that have been displayed in locations such as the White House, Library of Congress, Pentagon, and many others.

Represented within her design and in her quilting, where life is in the details. Surviving an ambush and living with PTSD are just two stitches within the greater design of her life’s artwork. 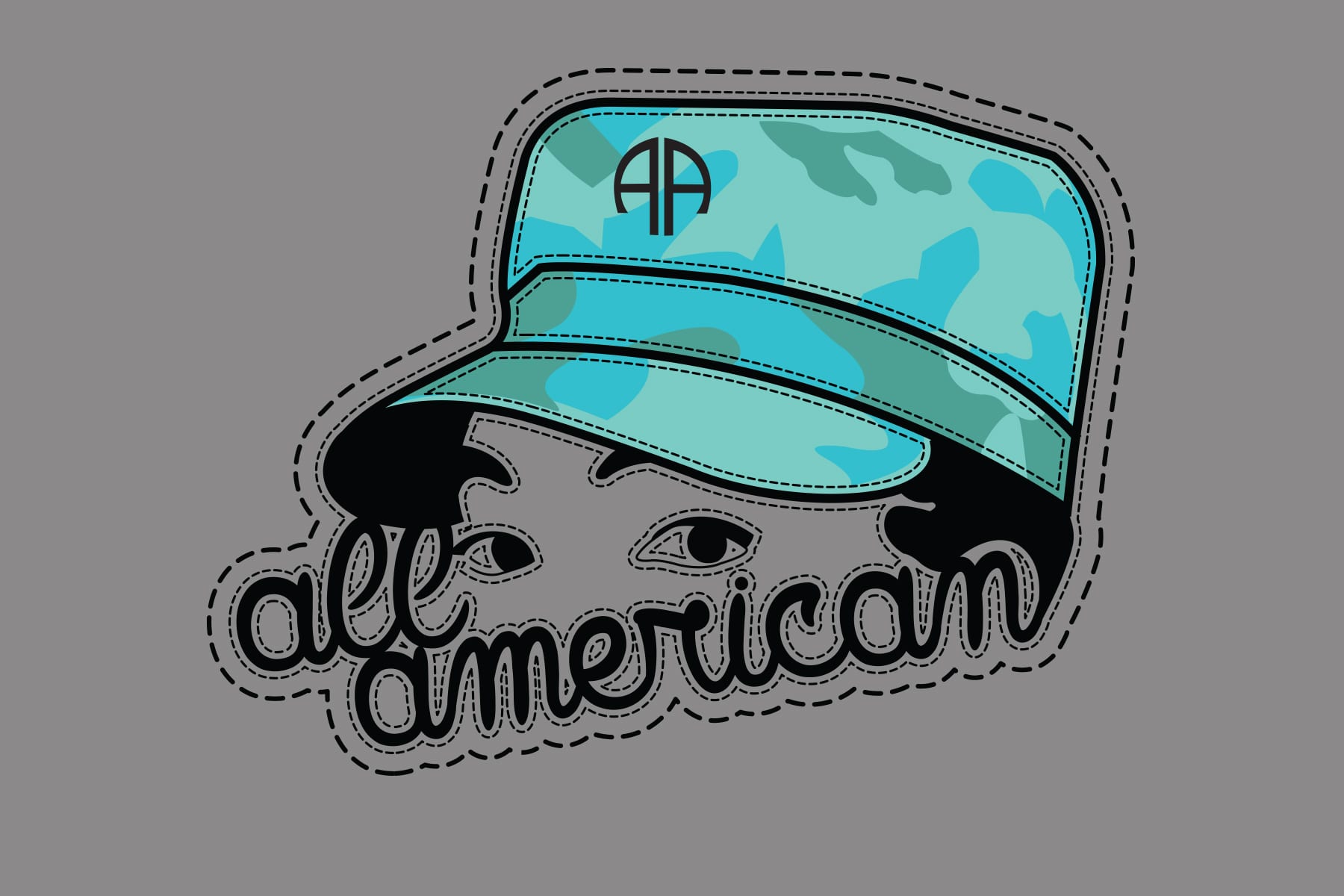 The 2014 HERO[series] project partnered five Veterans with six local graphic designers. For this year’s project, only a few of the Veterans were flown into Grand Rapids while the others were local, including our first Korean War Veteran.

The week was filled with a tour of Fabri-Tech, our screen-printing partner that would be helping [HAS HEART] produce their designs into t-shirts, a dinner at the Caledonia American Legion Post 305, and design days hosted at the JW Marriott Grand Rapids and GRid70.

Partnering with the footwear design course at Kendall College of Art & Design at Ferris State University, each Veteran was partnered with a footwear design student to create their own boot concept from scratch.

Instead of designing custom 1-of-1 combat boots with Bates footwear like in the previous two years, [HAS HEART] partnered to produce a limited edition collaboration boot, 100% made in the USA with the design help from the five Veterans.

Limited to only 100 pairs, the boot was inspired by both the combat boots and dress shoes worn in the military. Utilizing an existing chukka boot pattern and last shape, [HAS HEART] combined the cow leather used in dress shoes with special Black Ops camouflage used in combat boots.

They were produced in Big Rapids, MI at the Wolverine Worldwide factory on the same production line that makes not only Bates products that are worn by service men and women across the world, but they also make the Wolverine 1000 Mile boots.

Genuine leather welt, cork-filled insoles, and a lightweight, EVA midsole makes these boots long-lasting, functional and comfortable, but it’s the meaning behind them that give them their true value.

Working with the five Veterans to design the details of the boots, the group came up with meaningful design details:

The vacant building that [HAS HEART] used the previous two years for our ArtPrize exhibit was being renovated and leased for a family-owned Indian restaurant on one side and a cigar lounge on the other.

Luckily, there was a beautiful city building on the grounds of the Veterans Memorial Park that had been sitting unused for years. Michael and Tyler approached the Grand Rapids Parks Department and proposed using the building for the 2014 HERO[series] exhibit and pop-up shop.