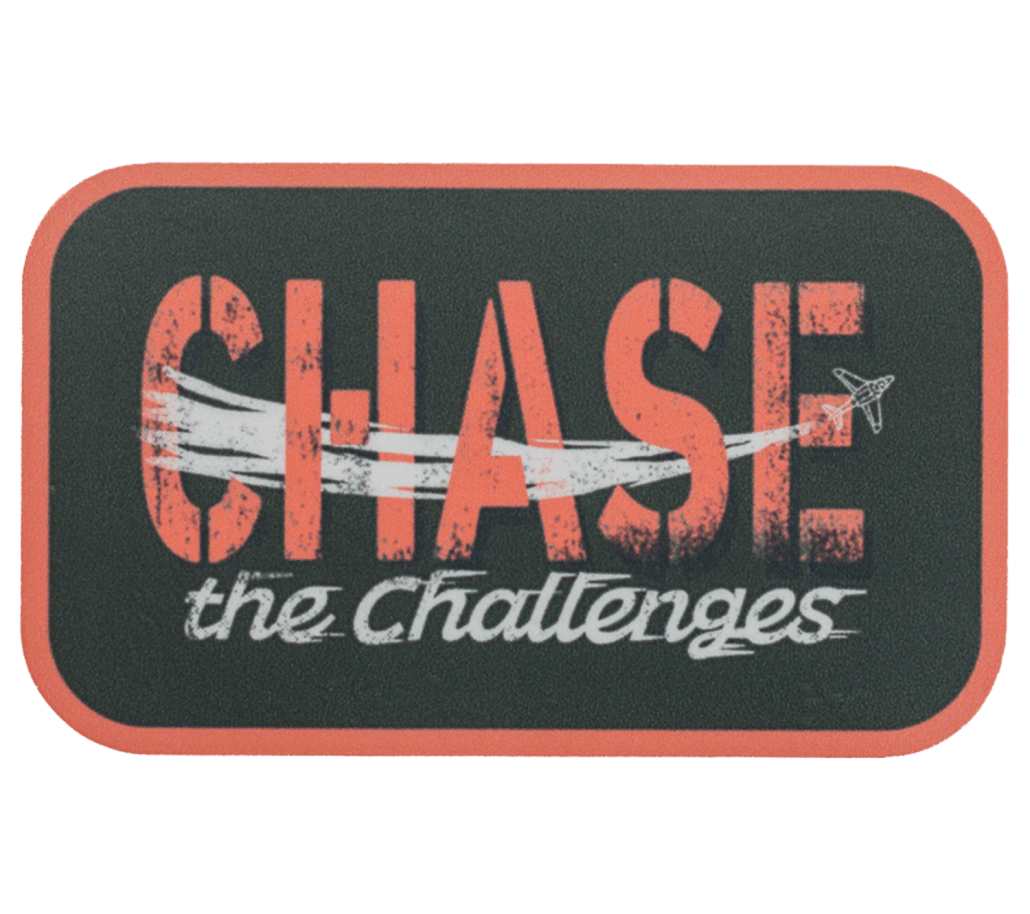 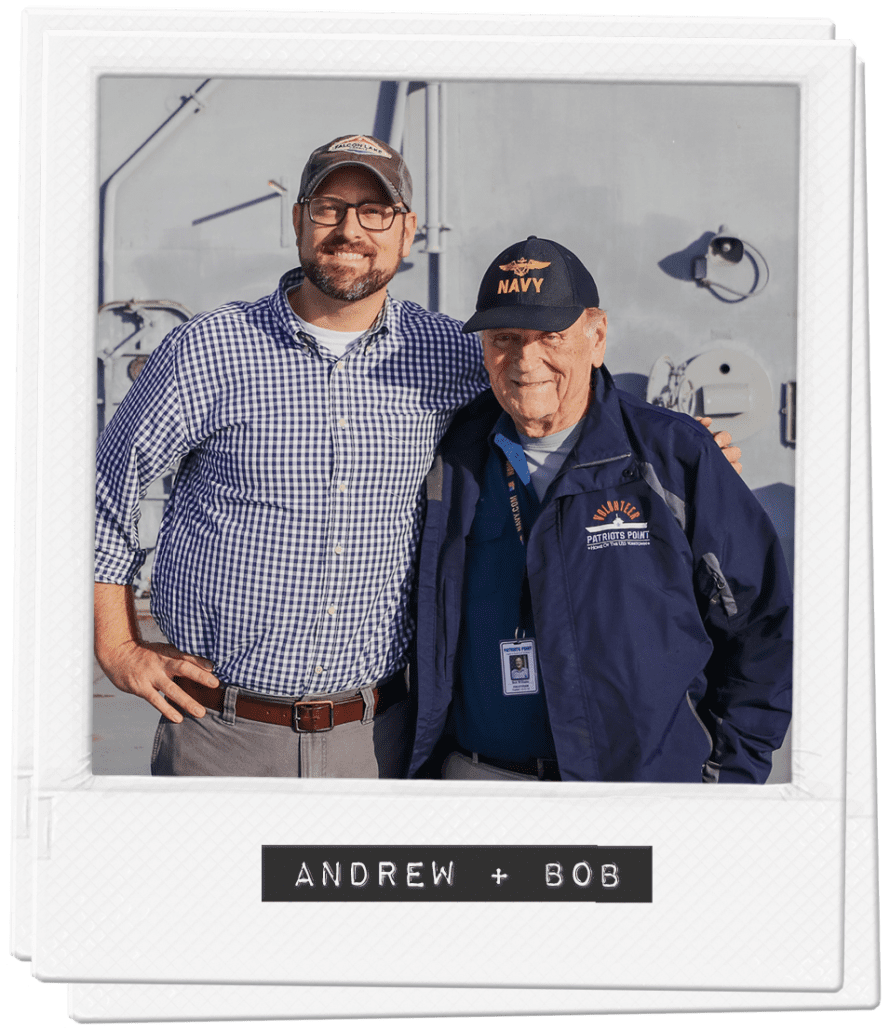 U.S. Navy Veteran Bob Williams – AKA “Willard” — and graphic designer Andrew Barton collaborated to create “Chase,” an illustrative depiction of Bob’s fun-loving and adventurous nature. Born to fly, Bob was a pilot during the Vietnam War, flying an A-6 Intruder on the USS Constellation and USS Forrestal before it caught fire in 1967. He later flew an A-4 Skyhawk in the Reserves while he was a Landing Signal Officer (LSO), teaching and coaching pilots through the difficult task of landing planes on aircraft carriers.

Accepting of all that life has to offer, Bob doesn’t shy away from a good challenge. In fact, he lives his life as daringly as he can. In the design “Chase,” Andrew captured Bob’s playful personality through the bright red color against a dark green, inspired by the red and green ink he used in his hand-written flight logs. With an A-6 Intruder flying through the type, Andrew demonstrates how Bob views life as a rollercoaster ride. Together, they hope that “Chase” inspires others, in particular Veterans, to embrace all that life is, the good, the bad, and in particular, the challenges. 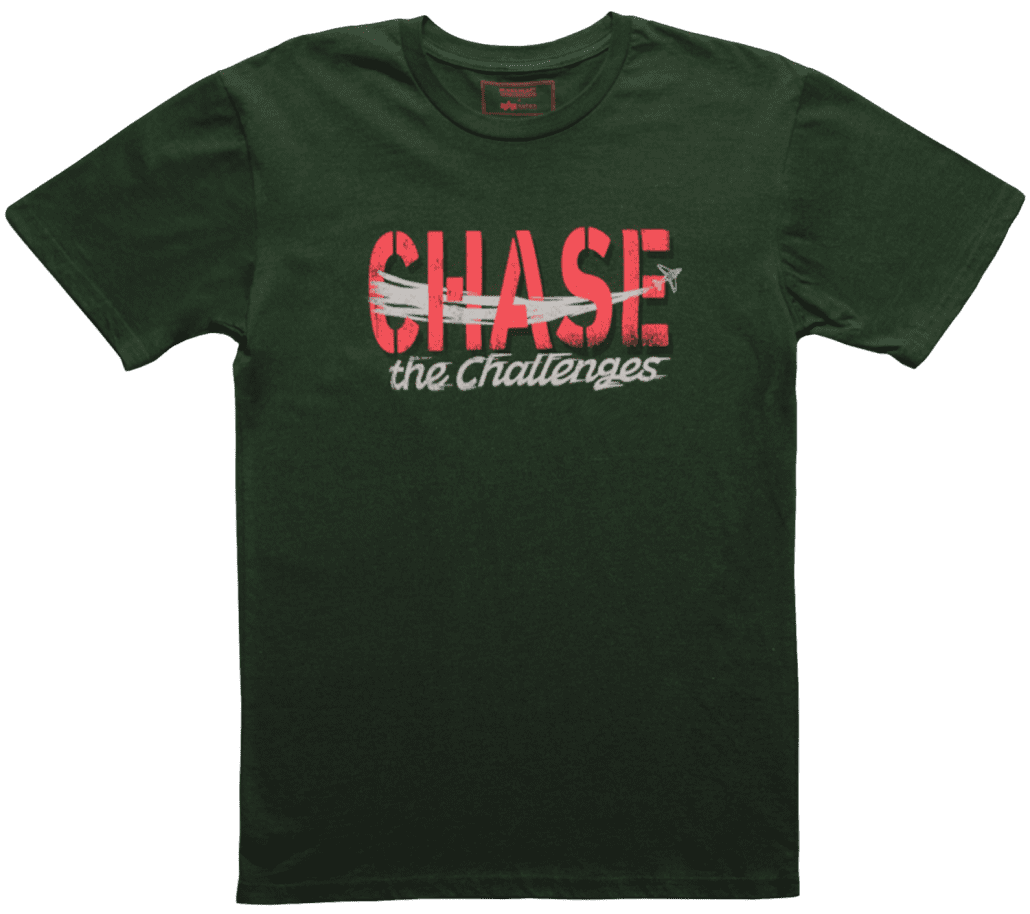 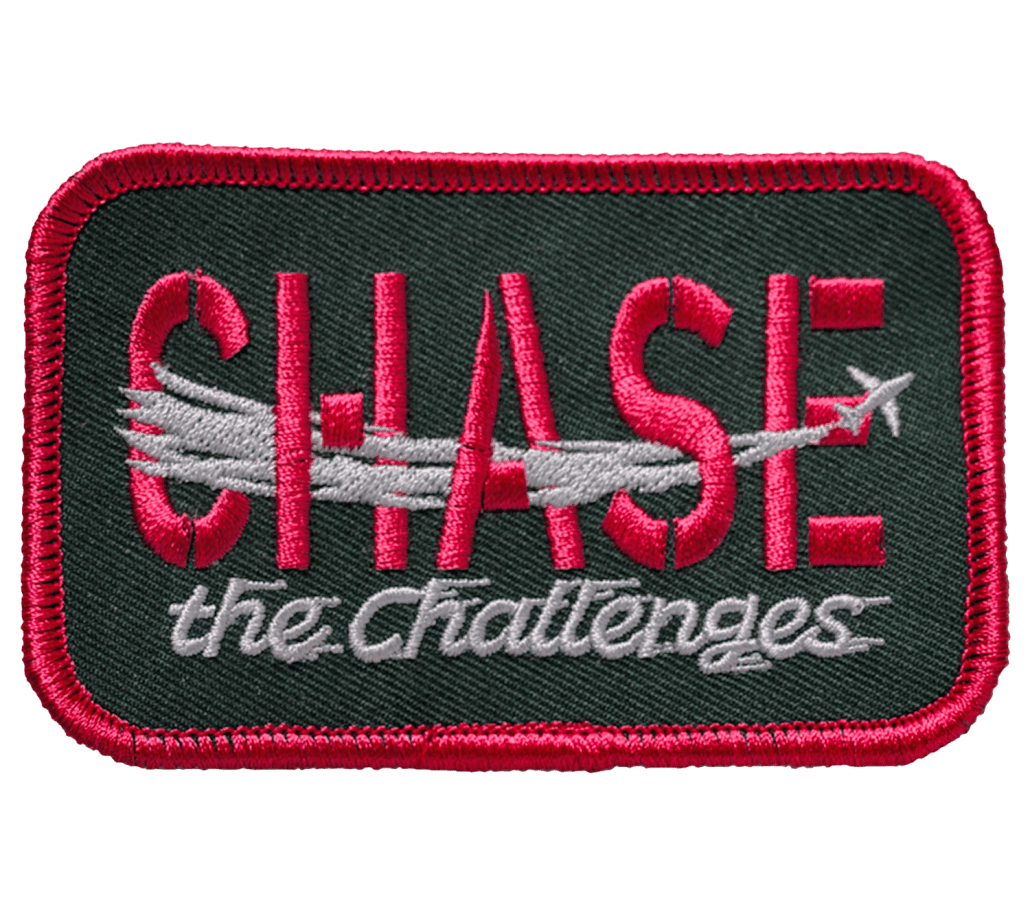