We Need a Tow [Vehicle]

With only ELEVEN states left to complete the “50 States: Veterans + Artists United” mission, we need your help to secure a vehicle that will get us and our Airstream to where we need to go in order to partner the next Veteran with a graphic designer to help us share their meaningful story. 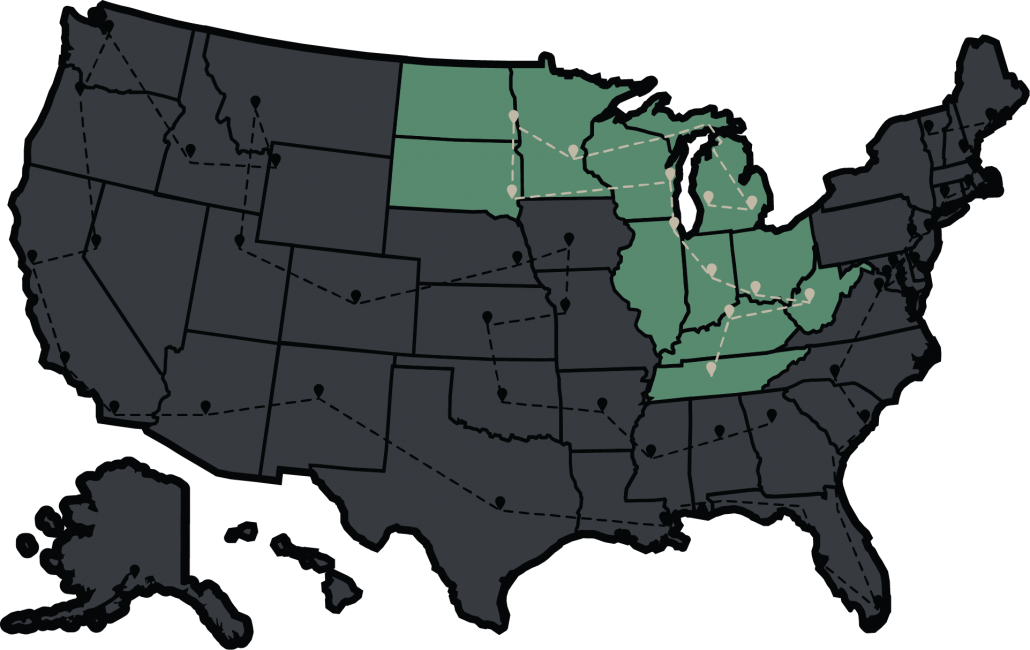 Q: HOW MUCH WEIGHT DOES IT NEED TO TOW?

Q: WHAT KIND OF VEHICLE COULD WORK?

A: Obviously a new (or used) truck or SUV from Ford, Chevrolet, GMC, Dodge Ram, Toyota, or Nissan would all fit the bill. Surprisingly, there are also cargo van options that have tow capabilities that could work, including the GMC Savana, Chevrolet Express, Mercedes Sprinter, and the Nissan NV Cargo.

Even some Jeep, Land Rover, and Audi models can tow 7,300lbs. and more — but that’d be excessive, don’t you think?

Q: HOW LONG DO YOU NEED THE VEHICLE FOR?

A: If we were to hit the road again tomorrow, it’d take around 5-6 months to finish the final 11 states (12 projects) with some buffer time between each location.

But then, our goal is to take the final designs, stories, and products back around the country to showcase and share the entire collection via a published coffee table book, documentary film, traveling exhibit, and speaking tour. So, if that timeline were to be included, it would add another 10-12 months of needing a vehicle — although it wouldn’t have to necessarily  be the same vehicle from the time we finish the final 11 states to when we embark on the promotional tour.

Q: HAVE YOU REACHED OUT TO ANY CAR MANUFACTURERS?

A: We’ve tried to reach out to multiple car brands for sponsorships, partnerships, and even a grant. We haven’t had success yet, but if you know someone that works for a brand or one of their creative agencies that could help us get our mission in front of the right decision makers, then we’d be honored to share our vision with them.

We believe this project would make 100% strategic sense for any car, truck, or van manufacturer to have their vehicle featured as part of the “50 States: Veterans + Artists United” tour, we just need your help to get their attention.

Q: WHAT HAPPENED TO THE TRUCK YOU DROVE BEFORE?

A: When we first started out on our “50 States: Veterans + Artists United” working tour, Todd Wenzel Chevrolet near our homebase in Grand Rapids, Mich., donated a $5,000 down payment for a two-year lease on a 2017 Chevy Silverado 2500HD. It was a great truck with more than enough power to safely and comfortably get us from one state project to the next.

However, that lease has since concluded since we’ve been back in Michigan trying to Raise The Funds needed to complete our nationwide mission. We didn’t have the ability to extend the lease or move into a new one, so now we’re without a tow vehicle required to get us to the next community to share the next Veteran’s story.

We tried to get Chevrolet corporate to sponsor a second lease to help us finish the tour, the response from the Director of Marketing was, “While Chevrolet respects and admires your efforts, we are already committed to supporting our other charitable efforts and are not able to financially support as a sponsor.”

We then asked if a temporary in-kind donation of a loaner vehicle was possible in which they responded, “Unfortunately for liability reasons we cannot.”

We’re not giving up on Chevy because this should be an easy, turn-key, no-brainer for them. Until then, THANK YOU again to Todd Wenzel Chevrolet for doing everything you could to help us.

DAYS ON
THE ROAD

Want to join the discussion?
Feel free to contribute!